Do We Have the Right to Believe Whatever We Want?

A popular idea today is that we have the “right” to believe whatever we want or choose as we wish when it comes to religious and moral beliefs. This concept probably comes from a sense of self-autonomy and the American sociopolitical context in which we live. In large part, it comes from the popular notion that there is no objective truth when it comes to religion and morality–it’s the old Schaefferian upper and lower story split when it comes to what we can and cannot know. Whatever the reasons, the pressing question is, “Do we really have a right to choose to believe whatever we want, especially religious and moral beliefs?” END_OF_DOCUMENT_TOKEN_TO_BE_REPLACED

Posted in Philosophy, Worldview | Comments Off on Do We Have the Right to Believe Whatever We Want?

Christianity May Be Bigger Than You Think

Like with most Midwesterners, my world as a young lad was small. I grew up in a small town where you could run into every school teacher at the movies or the bowling alley. It’s what kept us children in our place and sometimes thinking of new ways to be sneaky. No one ever wanted his parents to run into a teacher on a Friday night who would expound upon the misdeeds of their secretive, yet innocent child.

The smallness of the town made my Christian world even smaller. The church was small. The building was small. For my childhood, the smallness was great, wonderful, and comfortable. I knew my Christian friends well and they knew me, probably more than I knew myself. The church camp I attended was small, but again, the people there knew me and cared for my spiritual growth. There was just something about the smallness that was endearing and comfortable. It provided stability, and everything about the environment made me who I am today. Although I no longer reside in that small town (and that small town no longer exists!), the influences will never entirely fade away. END_OF_DOCUMENT_TOKEN_TO_BE_REPLACED

Posted in Ministry, Theology | Comments Off on Christianity May Be Bigger Than You Think

Moral Totalitarianism: The Irony of Moral Imperatives in a Secular Culture

This is a guest post written by Rich Hoyer, director of The Reveal Conference

There is an irony afoot that many people don’t recognize.  It is the incongruence of the moral “truths” that our secular society is foisting upon the populace and the lack of a basis for those “truths.”

We live in a secular society in the US and Canada.  In many ways, it’s post-Christian, one which has been and is shedding traditional Judeo-Christian values.  Secularism started out as the belief that religion shouldn’t be controlling government.  The church and state should be separate.  One religious group should not be running government to the exclusion of others.  Yet today, secularism has morphed into a full-fledged worldview that has, even unwittingly, taken up religious status among its adherents.

Secularism is now a practical atheistic belief system that, while it may allow for spirituality of some kind, certainly views all religion as akin to being folklore.  There is no such thing as religious “truth.”  Religious claims are matters of preference.  Moral claims are matters of pragmatic necessity in that they keep society functioning. END_OF_DOCUMENT_TOKEN_TO_BE_REPLACED

Posted in Ministry, Worldview | Comments Off on Moral Totalitarianism: The Irony of Moral Imperatives in a Secular Culture

The Irrationality and Evil of Moral Relativism

If teaching in higher education for the past thirteen years has taught me anything, it is that moral relativism (the idea that what is right and wrong is simply a cultural construct) is the accepted ethical framework of the current American culture. What is more startling is that it is not just the secularist or atheist who believes that objective moral right and wrong do not exist; self-proclaimed Christians also believe in moral relativism.

It is common place in many of my courses for students to claim that actions such as rape, murder, and torturing babies for fun is not absolutely wrong for everyone. Just recently, a female student, as shocking as it may seem, told me that rape is only evil because that is what our society has decided. If it had decided that it was morally right, then it would be o.k. to rape.

This is not just anecdotal evidence. More dramatically, it wasn’t but two years ago that a colleague of mine lectured my ethics class during my absence in which about forty students could not discern whether rape is morally wrong for all people at all times. When my colleague recounted the incident, he said that he asked the class twice whether rape is absolutely wrong morally, and he received nothing but blank stares and “I-don’t-knows.” He finally called out the females in the class, asking them what they thought. The response was chilling: only a handful commented, “Yeah, I guess. Maybe.” When I returned to my class the following week, I put them on the spot again: “Is rape morally wrong for everyone at all times?” I received the same response: blank stares. END_OF_DOCUMENT_TOKEN_TO_BE_REPLACED

Posted in Apologetics, Ethics, Ministry | Comments Off on The Irrationality and Evil of Moral Relativism 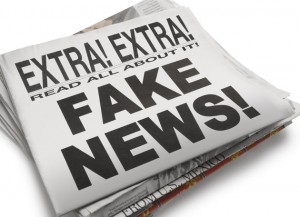 Posted in Apologetics, Philosophy, Worldview | Comments Off on Fake News and Alternative Facts: What’s the Truth?